What Classic Game should James Bond play to decide the Fate of the World?

Bond has played many games over the years to decide the fate of the world. Whether to smart his adversaries, cripple the revenue streams that help fund global terrorism or simply to show off his wad in front of the chicks.

From the video game Domination in Never Say Never Again to Texas Hold ‘Em in the cinematic Casino Royale, Bond has proved he can out fox the most foxiest of foxes. But how would he fair in other games.

I’ve taken the time to narrow down all the games in the world. (Well some). Games not yet featured in a James Bond film. Here is the science of how Bond is likely to perform.

We know since Bond zapped the gas globes in the penultimate act in Moonraker that he has exemplary hand-eye coordination. Operation might not be as cinematic, so he’ll need to amp the suspense by saying ‘switching to manual’ as he delicately removes plastic ailments from a miniature doll.

There will also be plenty of manoeuvre for an inevitable double entendre, ‘It’s not often I get punished for touching the edges,’ Or words to that effect.

With this being a drinking game you’d think Bond would be a firm favourite to come out Onatopp! After all he can down shots of tequila whilst a scorpion crawls across his hand. Double hard. However, Beer Pong is typically played at music festivals in rain-sodden fields. Bond would certainly be out of his element in his tuxedo amongst the hippies and this could potentially through him off his game.

That said, Bond would undoubtedly be the best in the service at Beer Pong. His opponents would try some elaborate cheat in which Bond would pay them back in their own coin. He’d then go on to enjoy some ‘of its time’ racial-repartee with his getaway driver who will later die a gruesome, yet unseen death.

Bond would certainly have enjoyed pitting his wits in a game of Twister with previous female villains like Electra King, Fiona Volpe and Xenia Onatopp. But would he still show the same levels of application and concentration against someone of the same sex?

With no sexual incentive for Bond in a game purely designed by men to get drunk women in compromising positions, Bond’s motivation and mettle will be tested like never before. No doubt he’ll revert to some Machiavellian trickery to overcome some villainous acrobat by employing cultured western methods like a headbutt, a discreet knee to the nuts, or wringing his thong into a wedgie. 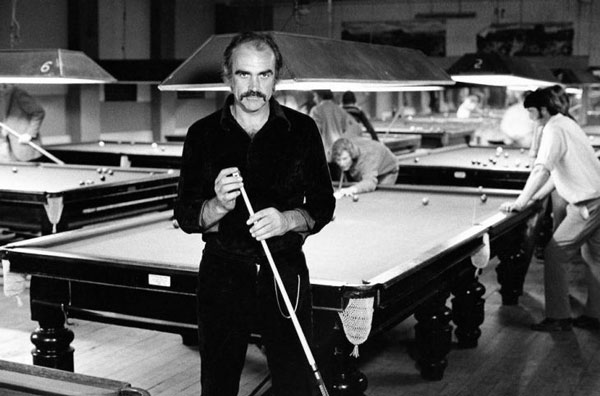 Fate of the World anyone?

You’d expect Bond to be a dab hand at Killer having made a career out of taking lives and never losing any of his own. Bond would need to rely on his tried and tested technique of a deep screw, followed by a steady follow through. He would of course ask for his cue ball to be wiped clean at regular intervals, only if the referee is a looker mind. 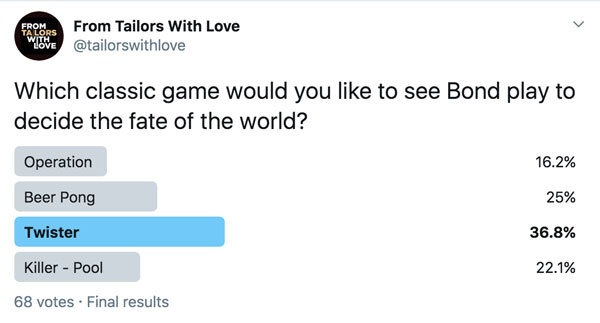