Can we blame Bond for the Quartz Crisis?

Is Bond to blame for the Quartz Crisis?

The agony of choice has plagued the minds of horologists and Bond fans for EONS. (Pun intended). We’ve gathered up the most important tweets from the Twitter-verse. Hoist by his own petard

It occurred to me that Bond killed Red Grant with his own wire garrotte, hoist by his own petard as they say. Similarly, I have such a wide c*ck that it simply frightens the women off. I’m not sure if it’s exactly the same, but you understand where I’m coming from. I would like the internet to know I have a wide c*ck and I’m open for business. @WellhardWhyte

In the book On Her Majesty’s Secret Service Bond manages to use his Rolex watch as a knuckle duster. You’d think Q Branch would be able to provide Bond with both a Rolex AND a knuckle duster which would save risking damage to government property and having the tax payer foot the bill yet again. @PullOut007 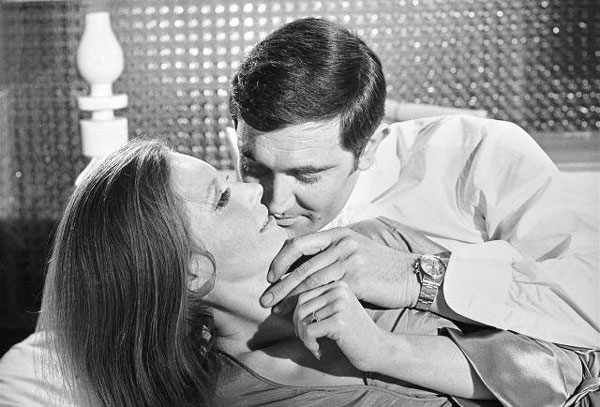 Rise and Shiner – the Daytona knuckleduster

HOW ABOUT A DEMONSTRATION BOY

In Spectre he hands Bond his watch and states ‘it has a loud alarm’ without serving any operating instructions nor sufficient warning that it is packed with explosives! What if Bond simply wanted to set the alarm as a reminder to watch Bargain Hunt and inadvertently blew himself up? Why does Q insist on playing fast and loose with Health and Safety? @PullOut007

Hi @PullOut007, you’re quite right. I had the misfortune of being given the same watch by Q. When he said it had a loud alarm ‘if you know what I mean’ I simply said yes because I didn’t want to look like a thick idiot. In hindsight, I really should have asked for a demonstration, or at the very least, have him send me a link to a YouTube tutorial. @008LawSuitPending ROGER A CATALYST FOR THE QUARTZ CRISIS

They say that Bond moved with the times and went over to digital watches. The digital movement (Quartz Crisis) put many watchmakers out of business. Shouldn’t EON do the right thing and pay back some of that money to those companies? After all Hugo Boss paid back millions to the Jews as recompense for making suits for the Nazi’s. It’s exactly the same thing in my book! @JustGoodScience 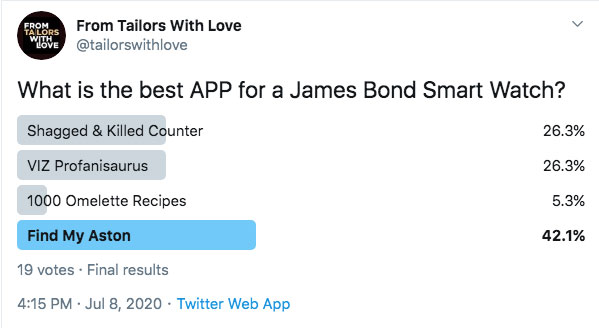 Remember don’t phone in, it’s just for fun. You can catch the links to the latest episode of the podcast here where Sophie Furley and I talk about the gadget watches of Bond. This content is published on the Newsletter before it goes live on the blog. Subscribe to that here.